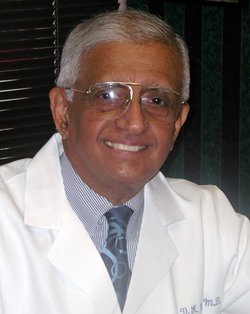 Dr. Venugopal Menon, the eldest of seven from a middle-class family in pre-independent India, was raised with time-tested traditions. After earning his medical degree, he served as a doctor in the army and then left his centuries-old culture in search of the American dream. Dr. Menon established himself as a successful physician, became president of a reputable clinic, was inducted as a Fellow of the prestigious Royal Society of Medicine, London, and was involved in several professional, cultural, religious, and philanthropic endeavors. He and his wife raised three children who are successfully settled and involved in a variety of social causes while maintaining ties with India and their relatives. Dr. Menon has been married to Devi for fifty years, and they live in a Kerala-style home in Pearland, Texas, visiting their six grandchildren when they can break away from their social involvements.